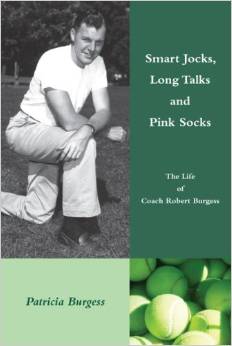 The biography of a successful director of athletics, tennis and basketball coach at a small liberal arts college in Southeastern Washington. Born to a family headed by a single mother during the Depression years, Burgess found an outlet in sports. After serving in the Pacific Theatre during World War II as an officer in the Navy, he began a family and a coaching career. Serendipity found Burgess taking over the moribund Whitman College tennis program. In his various roles, Burgess exemplified a traditional style of teaching, play, and sportsmanship. He fought for improved facilities and budgets, worked to carve out a place for athletics within the college liberal arts curriculum, and coached his teams to several conference and regional championships. Along the way, Burgess built as reputation as a thoughtful, decent–and wise, yet humble–man. He had a profound life-long influence on the young men and women who competed for him and who learned from him through summer tennis sessions in his beloved Walla Walla valley.

The book provides a fascinating look at the changing role of college athletics in the last half of the twentieth century.

You can get “Smart Jocks” on Amazon now.