We were privileged to watch the premiere showing of “A Voice Revealed,” a film about Pilar, a former foster child, and her CASA (court appointed special advocate), Camie. An amazing, heart-breaking but ultimately inspiring story about a young girl who was abused by her biological parents, placed in foster care, almost adopted, then adopted, abused by her adopted parents, placed in foster care AND THEN, appointed a CASA volunteer. Pilar found her voice, speaking up for her sister and herself. Camie was there, always, listening without judgment, believing her story, willing to take the time to advocate for Pilar’s best interest. Twenty-five years later, Pilar and Camie are still friends, family almost. They agreed to share their story so that we can understand the power of being there for another person, to trust, to listen, to empower. [www.casatravis.org]

I continue amazed at the inhumanity that parents can place on their children. Even more, I am amazed at the selfless commitment of individuals who step up and make a difference in the lives of children they would not otherwise 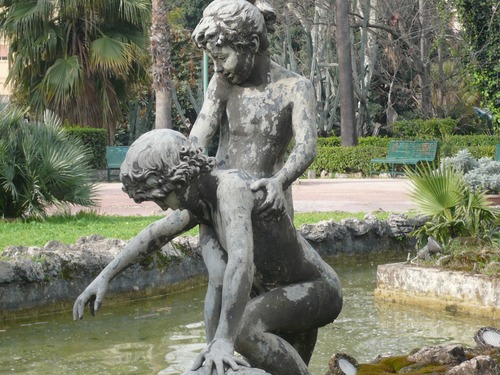 Thank you to all who listen to our children, who believe in them, who offer them hope amidst chaos and despair. And to the children whose lives are damaged by abuse or neglect, we must listen as you find your voices, no matter how quiet or hidden or enraged. You deserve at least this from us. We can and must do better as a civil society to protect our young children and teenagers from harm.